On an ordinary Saturday in a California suburb, Julia awakens to discover that something has happened to the rotation of the earth. The days and nights are growing longer and longer; gravity is affected; the birds, the tides, human behavior, and cosmic rhythms are thrown into disarray. In a world that seems filled with danger and loss, Julia also must face surprising developments in herself, and in her personal world: divisions widening between her parents; strange behavior by her friends; the pain and vulnerability of first love; a growing sense of isolation; and a surprising, rebellious new strength.

I picked this book up purely because I loved The Dreamers by Karen Thompson Walker so much, and it wasn’t until I got it home from the library that I realised it was also another dystopian story.

I love Karen Thompson Walker’s style of dystopias, as they don’t have too much of a plot. There is the overarching incident, whether that be the never-ending sleep in The Dreamers, or in the case of The Age of Miracles, days that stretch on longer and longer as time goes on. What I find interesting is that the book really is just a reaction to this phenomena. We follow a young girl named Julia as she and her family struggle to adapt and accept the new world they’re living in. It’s about their relationships with each other, and how they are tested and developed as a result of the distortion of time. It’s about the environment and how that is affected, and the impact that has on humanity.

Through this style, I think Karen Thompson Walker really taps into one of the things that makes a dystopian book effective, and that is the possibility that it could happen to us. For me, having elements recognisable to me in the world as it is now, alongside these new terrifying elements. The story starts just as people have begun to notice that the day has gained a few extra minutes, and so we are guided through the process from the very beginning, as the story takes us from our present time world, through this catastrophe.

The perspective of Julia was very effective to me once more for the reason of relatability. Instead of following a band of rebels leading a resistance, or government officials trying to mitigate damage, or scientists trying to work out the reasoning behind the events (all of which have their merits), we follow a girl in middle school who has no choice but to be swept along by the world. She worries about friendships and relationships, and is trying to grow in uncertain and oppressive times. Part of the punch this book packs is in the normal, following normal people trying to cling to the normal everyday lives that we take for granted. Their power isn’t their leadership skills or intelligence or combat skills, it’s in their adaptability, and their determination to go on.

I’m definitely looking to read more of these kinds of books in the dystopian genre, and will of course, be picking up anything Karen Thompson Walker writes in the future. 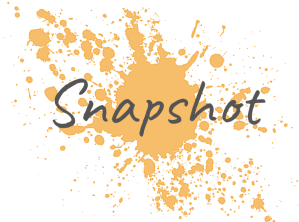 THEN THIS IS THE BOOK FOR YOU!

Then maybe give it more thought before you pick this up.

Have you read The Age of Miracles by Karen Thompson Walker? Let me know and we can chat!